Dr. Jerry and Charlene Graham founded Industrial Properties of the South (IPS) in 1982, specializing in developing, leasing and managing commercial properties in the cities of Huntsville and Madison, located in Madison County, Alabama. The Graham’s were one of the first to develop industrial properties in what is now the Jetplex Industrial Park area. They saw potential in what most believed would remain nothing more than a cotton field. During the 1980s, they broke ground for what is now the Trade Zone Center Complex off Wall Triana Highway. A few years later, they developed the Airport Center Complex for their clients in need of locating near the Huntsville International Airport.

During the 1990s, the Grahams started developing properties with tilt-up construction (large, concrete industrial facilities). When their daughter, Laurel Bailey joined the team in 2004, they developed two more properties and renovated a third property within the Jetplex Industrial Park. They also constructed another property in the City of Madison, AL.

In 2012, Laurel became the COO and Marketing Director. She carried on the tradition of providing exceptional service for their clients and expanding their customer base. In early 2015, they purchased and developed a 20,785 square foot industrial property (124 Electronics Circle) within Jetplex Industrial Park.

Today, IPS manages over 1.3 million square feet of industrial and office space, and has earned the reputation for being one of Huntsville’s most respected commercial real estate companies. IPS treats their clients like family, and believes that these long-standing relationships are the foundation of their success. 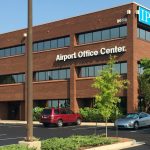 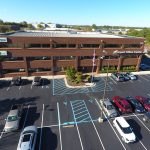 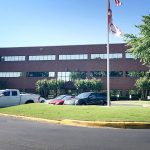 Alabama › Hunstville / Office Space
Copyright © 2023 · Industrial Properties of the South
Developing in Huntsville, Madison and North Alabama for over 40 years